Food. I love it. It’s my life. Ever since I could remember food was a huge part of my surroundings. I fell in love with cooking when I came across my first Food Network show when I was 12. Then, when No Reservations with Anthony Bourdain came on, it sparked an even bigger interest. I wanted to be just like him. From that day on, I made sure to incorporate food into my travels. I made sure to have an open mind for other cuisines and cultures. My food bucket list is still long and barely touched but here are some of my favorites that I’ve been able to tick off so far!

Hope you also get the chance to try these, you won’t regret it!

SIT DOWN TO A BIG BOWL OF GUINNESS STEW IN DUBLIN, IRELAND

It’s a must to visit the Guinness Factory if you’re in Dublin. The ticket includes a tour of the factory and a free pint of Guinness. It was the best glass of Guinness I have ever had. Yes, Guinness beer is an acquired taste. It’s not for everyone but even if you don’t like the taste of the beer,  you should still try the delicious stew. There’s a restaurant right inside the factory. They serve the stew with a slice of dark bread. Not sure what kind of bread it exactly was, but it went perfectly with the stew. I went to Ireland in December and it was COLD. The stew was the perfect, comforting meal on that cold day in Dublin.

THE BEST GARLIC SHRIMP YOU’LL EVER HAVE IN HAWAII

I’m sure you’ve heard of North Shore. Just a short and beautiful drive from Waikiki, you’ll find yourself in North Shore. The place where the famous pipeline competitions are held every year. ALSO, the place where you can get some of the best garlic shrimp ever! You’ll find a few shrimp trucks along the sides of the roads, the most famous ones are Giovanni’s and Fumi’s. Both delicious. Both life changing. 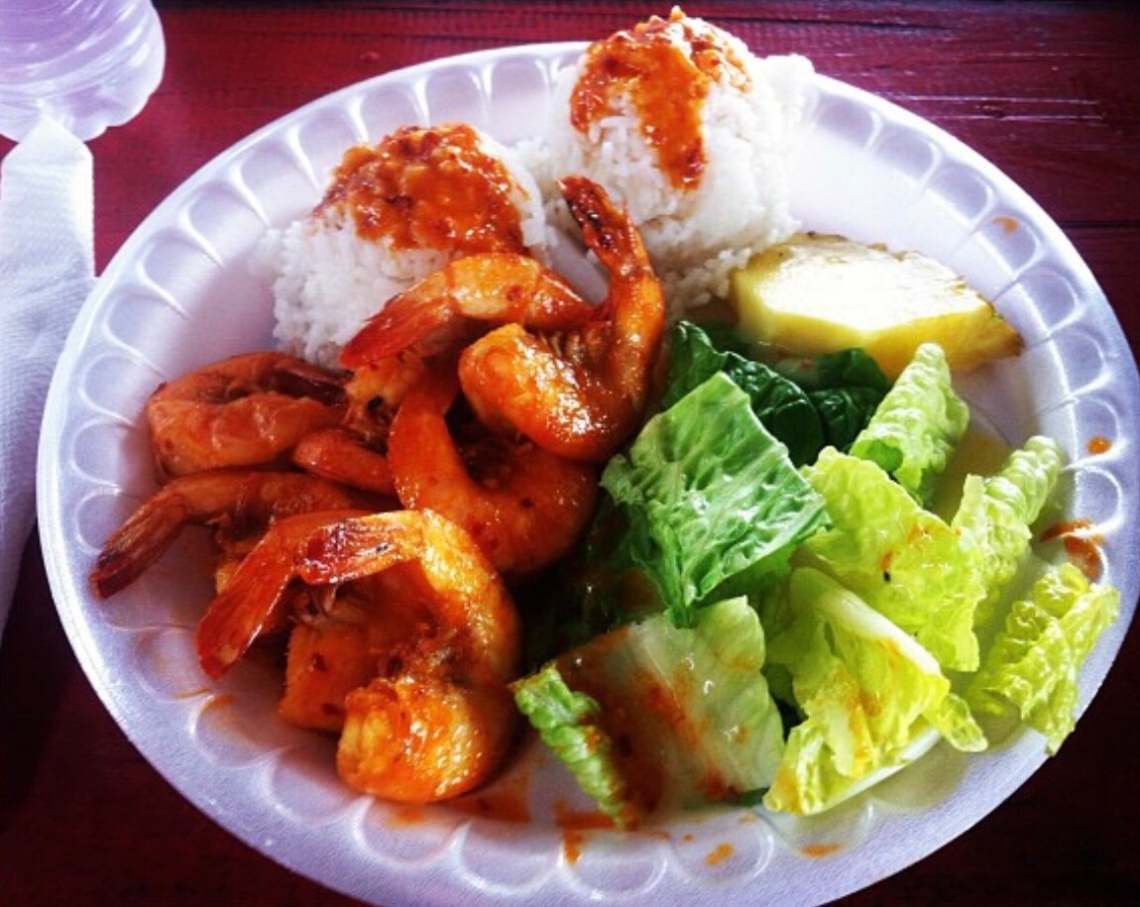 Fresh ceviche, an ice cold beer, the sound of waves in the background… what more could you ask for?

DEVOUR CLAM CHOWDER IN A BREAD BOWL IN SAN FRANCISCO

If you go to San Francisco, you HAVE to go to Fisherman’s Wharf. It’s an amazing place with some of the best seafood. A must try is the famous clam chowder in a bread bowl. It is A M A Z I N G.

I know, pig’s feet. It definitely isn’t for everyone. But if you’re open to trying new things… I’d definitely say give this a go. It’s really good and really cheap! I found some of the best ones in a small alleyway with plastic tables and plastic chairs. Sometimes that’s where the best food comes from. It’s a great dish to share with a bunch of friends with some bottles of soju as well!

Some people gave me shit for eating reindeer meat. But it’s a common food here in Finland. To be quite honest, I don’t see a big difference between eating a cow and eating a reindeer. If you eat beef then you surely can eat reindeer. It was probably one of the leanest meats I’ve had. It was really delicious… I’d definitely have it again.

If you’re in KC, it’s a must to try some of their famous barbecue. I’m actually not a huge fan of this style of barbecue but it was delicious and if you’re there, you have to say you tried the famous barbecue of Kansas City.

HAVE A BOWL OF CURRY SOUP IN NORTHERN THAILAND

Khao soi is a dish you can really only find in Northern Thailand. It’s a noodle dish topped with more fried noodles in a yellow curry soup. It usually comes with chicken and is a bit spicy but delicious.

SNACK ON SOME POUTINE IN VANCOUVER, CANADA

Everyone says you have to try poutine when you go to Canada. And I will agree. French fries, gravy and cheese curds. How can you go wrong with this combination? Great drunk food or even hangover food. There are a bunch of things you can add on top of your poutine but I prefer it just the simple traditional way. 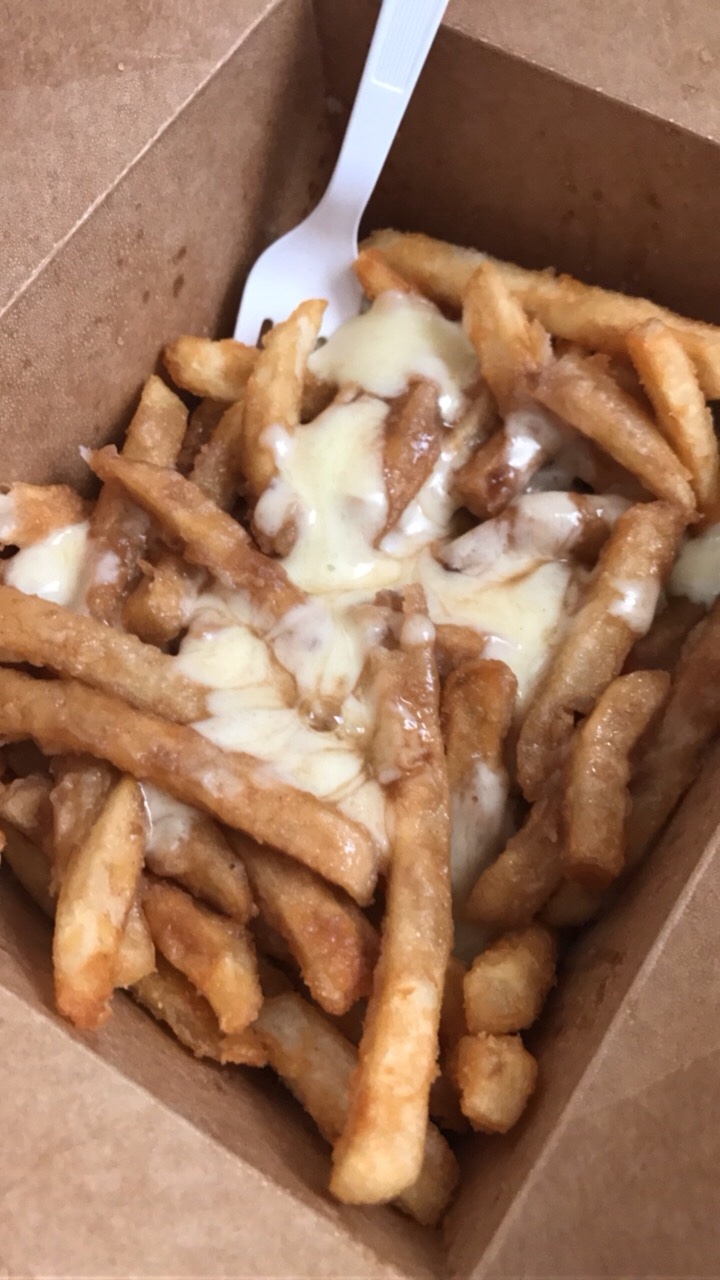 SIT DOWN TO A BIG BOWL OF THE BEST COMFORT FOOD IN HANOI, VIETNAM

PHO. MMMMMM pho. Pho serves so many different purposes for me. It’s my go to when I’m sick, when I’m drunk and even when I’m hungover. It’s the ultimate comfort food.

IKEA WHAT? HAVE THE REAL DEAL IN SWEDEN

Swedish meatballs. Let’s be honest, most of us probably had not heard of this before Ikea made it a thing. If you like the meatballs you get at the food court at Ikea… definitely go to Sweden and try the real thing. It’s served with a big, heaping ladle of gravy, mashed potatoes and cranberry sauce.

View all posts by Jennie

Note: This blog contains some affiliate links. Just so you know, if you use the links and make a purchase, I may receive a small commission or other compensation from the links on this page… but at no extra cost to you! Thank you for your support!

Thank You For Visiting!